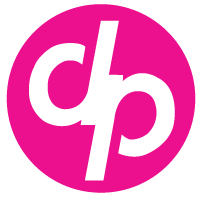 Spray paint and ink over a collage of Charlie Chaplin photos, set in resin. Finished with vibrant pink neon, lighting up the words ‘The Greatest Tramp’

The story behind the name ‘Tramp’ by founders Johnny and Oscar…

“We knew we had a perfect club, but we struggled for a while to find the name. Oscar had come up with the idea of calling it La Club. There was a super fashionable place in New York at the time called Le Club, and Oscar thought we could ride on their coat tails by having a similar name. Oscar was usually right, but on this occasion I thought it was a terrible idea, and I told him in no uncertain terms.
“Oscar,” I said. “We’ve got the most wonderful club in the world and you want to name it after some poxy place in New York? No way. Not in a million years. We need a name that will set us apart from everybody else, not pretend to be someone else.”
“OK Johnny, what do you suggest?”
Well, I didn’t have anything to suggest. I just knew that La Club was completely wrong. We mulled over it for a few hours without coming up with anything worthwhile and I was beginning to worry us that we’d have to open without a proper name.
That night, I went home and laid out on the sofa with the television on in the background. I wasn’t really paying attention, but a Charlie Chaplin documentary came on and the narrator said, ‘this was the greatest tramp of them all.’
I shot upright on the sofa and it felt like an electric shock raced through my body. I grabbed the phone and dialled Oscar’s number.
“Oscar, I’ve got it. TRAMP. It’s perfect!”
“Tramp?” He said.
“YES! It could be a down-and-out dive bar or the sound of marching. It’s everything our club should be – mysterious, different and memorable.”
“Tramp,” He said in his broad, American accent. “Tramp. TRAMP. Tramp.” He was auditioning the word in his head. “I like it!”
And that was that.